The recent VHVC Open Day was a great event for classic car enthusiasts. More than 300 cars from all over the Island and further afield arrived at Arreton Barns last Sunday 24th of June. The owners were joied by hundreds of fellow enthusiasts on the day. We were delighted to see many familiar faces and cars that we worked on over the past few months.

Wight Classics was very pleased to support the Vectis Historic Vehicle Club on the day by sponsoring the winner’s rosettes. Great to see the classic car scene so well supported and in such rude health on the Isle of Wight.

Well done to everyone at the VHVC as well as all of the other clubs who collaborated and helped. It all made the day a real success. Finally thank you to everyone who came over to the Wight Classics garage, which is based at Arreton Barns, it was lovely to see you all. 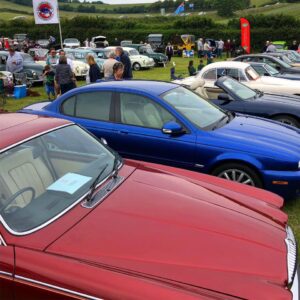 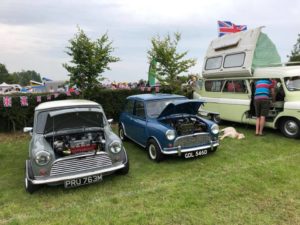 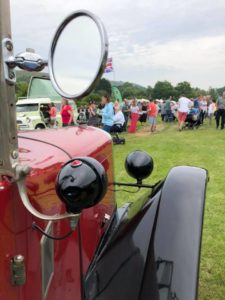 The VHVC started life as the Isle of Wight Veteran Machinery Club in 197. In 1980 it’s name was changed to Vectis Historic Vehicle Club to better reflect the general interests of its members.

The VHVC organises a wide variety of events throughout the year including Sunday Tea Runs, a round the island run and other Trophy runs. There are also static displays at the I.W County Show, Garlic Festival, Bembridge Festival and other village and school fetes. In December we hold a Christmas Charity Collection in Newport, with our cars on display in St. Thomas’s square on behalf of the IOW Mountbatten Hospice. Every year the club also hosts an Open day at Arreton Barns.

When you visit our website, it may store information through your browser from specific services, usually in the form of cookies. Here you can change your Privacy preferences. It is worth noting that blocking some types of cookies may impact your experience on our website and the services we are able to offer.

We use Google Analytics to build better user experiences for future visits.
Google Fonts enable us to create a better viewing experience across the site
Google Maps help enhance your experience using maps and directions within the site.
Click to enable/disable video embeds.
Our website uses cookies to improve your site experience, from both Wight Classics and third party services. Define your Privacy Preferences and/or agree to our use of cookies.